to all the wonderful folks who made their way to our gallery last FIRST FRIDAY for the sneak peak of: 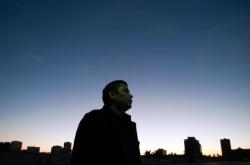 “Byron Fenix, senior producer and host of the weekly radio program Soul Deluxe, as well as a resident DJ at SoChu House in Phoenix, Arizona, is not your average mix DJ.  “I started collecting music by recording it on a cassette player,” he laments.  A native of Phoenix, Byron is soul music’s most unlikely ambassador.  Born to a Navajo father, and a half Hopi, half Navajo mother, he learned early on to appreciate diversity, not just in the music he collected, but in his everyday life as well.” 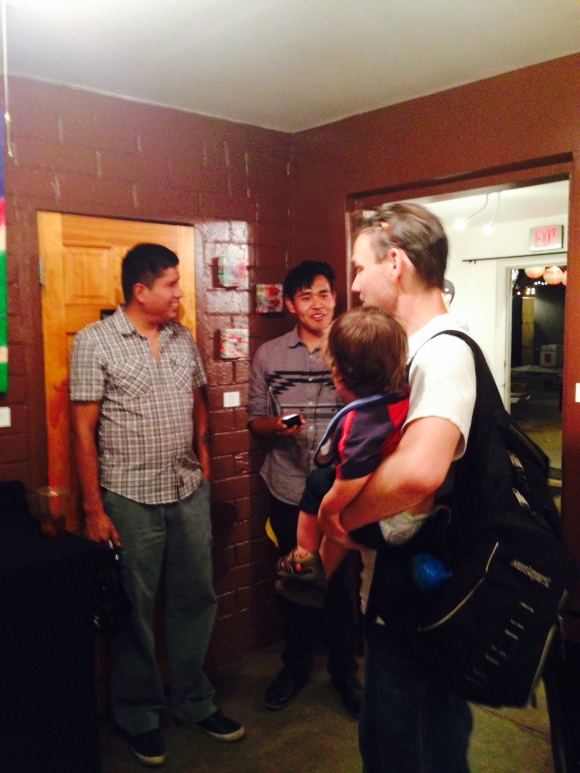 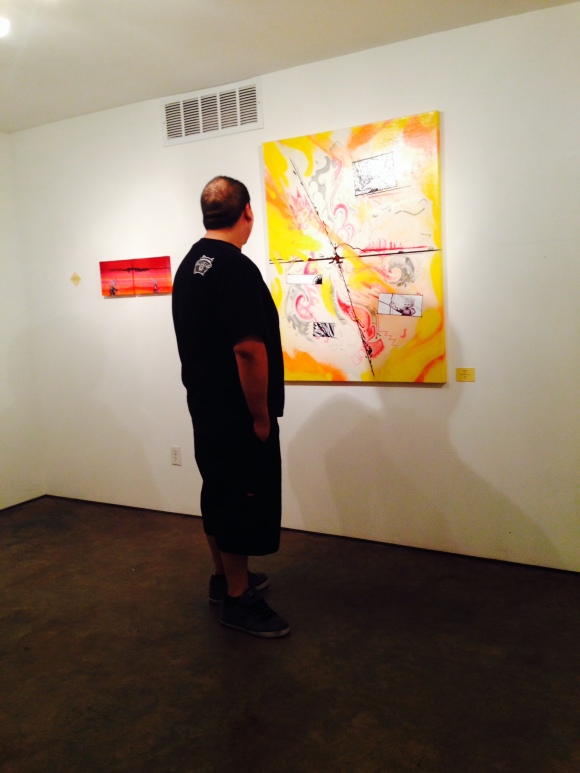 The Journey Of Two Swords & Lotus:

Damian Jim brings to life his retelling of a Hero archetype envisioned by every culture around the World.

In all of these classic tales, the heroes must take a mystical journey that imbues them with power to overcome the forces they face.  A magical talisman, or arcane knowledge is gained, the protagonists become a force for good and with every battle a decisive victory is won. Undefeated the Heroes return and provide for their kin.

SEE YOU AT DAMIAN’S SHINDIG!